Our team is our extended family.

Best’s Wines Great Western is one of Australia’s ‘best kept’ winery secrets. Founded in 1866, we are a family-owned and operated winery with some of the oldest and rarest vines in the world. Established in 1866 by Henry Best and purchased by the Thomson Family in 1920, Best’s Wines is now under the leadership of 5th generation, Ben Thomson. 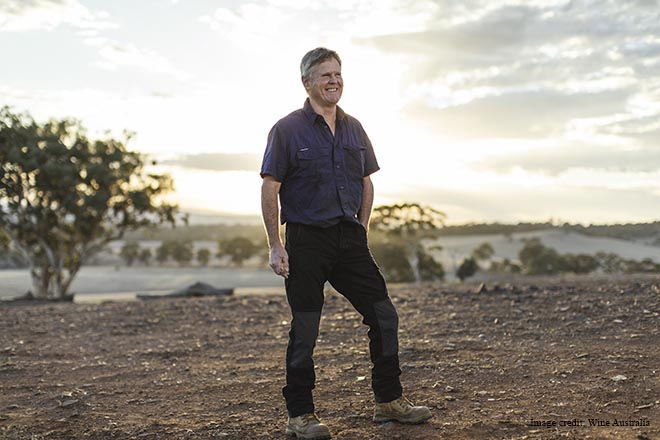 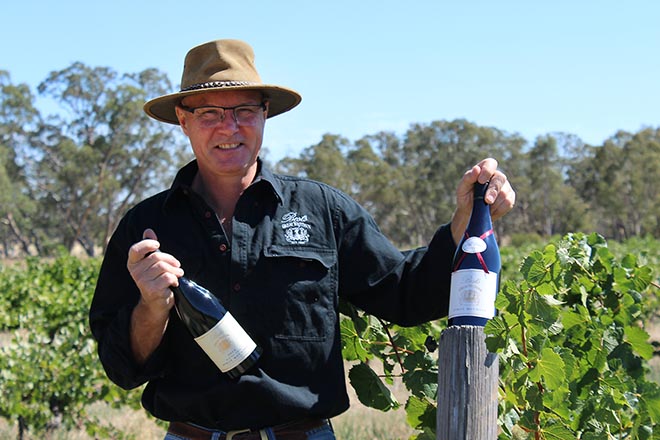 Best’s Great Western is today run by fifth-generation family member, Ben Thomson, who has worked in the family business for over 40 years. Ben is passionate about maintaining Best’s historically important vineyards, many dating back to the 1860s and to this end Ben is also Best’s Wines Vineyard Manager.

Ben has a love of the land and a fascination with applying new viticultural and harvesting techniques. You’ll often find Ben driving the grape harvesters throughout the Best’s regional vineyards, tending to the vines and researching some of the more unique varietals planted. Ben’s passion for large scale machinery has developed into a second business Stressless Harvesting, which operates a fleet of harvesters that pick fruit across Victoria and South Australia. For a change of landscape, he’s also a keen water skier throughout the summer months, one of Ben’s Best Kept Secrets.

BEN THOMSON can be contacted at info@bestswines.com.

Frederick Pinchon’s son Frederick (Eric) continued the family dynasty with his son Eric Viv Thomson, who went on to become one of Australia’s longest working winemakers. Viv is a graduate of the acclaimed Roseworthy College and is the fourth-generation vigneron at Best’s Wines. With more than 60 consecutive vintages under his belt, Best’s owes its reputation and numerous accolades to Viv Thomson.

Viv Thomson’s eldest son, Ben, is now Managing Director and Vineyard Manager for Best’s. Ben has worked with the family business for over 30 years and brings passion and viticultural experience to his role.  Viv’s second son Hamish is Regional Sales Manager, and champions his immense passion for the history of Best’s Wines and the Thomson Family.

VIV THOMSON can be contacted at info@bestswines.com.

Hamish like all of his family, has been involved in his family’s winery since early childhood. Starting out he suckered vines and cleaned barrels, working in every area of the business before settling into a role of sales and marketing. In the early 1990’s Hamish left and travelled overseas for a couple of years, including a vintage in France. In 2004, Hamish left to expand his work horizons outside of Best’s. He has now returned and has been appointed as our Regional Sales Manager, Victoria. With decades of experience growing up in the wine industry, and as a 5th generation family member, we’re proud to have him call on our local Victorian customers to tell the stories of our wines. One of Hamish’s Best Kept Secrets is his passion for woodwork, specifically building wooden boats.

HAMISH THOMSON can be contacted at hamish.thomson@bestswines.com.

Nicole grew up on a dairy farm near the banks of the Murray River in Cohuna, Victoria. One of 4 (1 brother and 2 sisters) she’s always been a country girl. After finishing high school Nicole worked in the family business for several years before moving to Melbourne for a change of scenery.

With a desire to see Australia, Nicole travelled and worked on the Gold Coast for 7 years before moving to Kalgoorlie.  In 2002 Nicole moved back to Victoria to be closer to her family.  In late 2009 she purchased a vineyard in Rhymney not far from Best’s Wines Salvation Hills Vineyard and it was during this time she developed a passion for the region. Nicole started working at Best’s in 2011 and has loved her job from day one! She is now literally married to it having tied the knot with Best’s Wines Managing Director Ben Thomson in November 2019.

NICOLE THOMSON can be contacted at nicole.thomson@bestswines.com.

We have a monthly newsletter, The Thomson Times, to help everyone stay connected. Sign up and keep up to date on upcoming wine releases and winery events. You don’t want to miss out!